The 2020 National Book Award–nominated poet makes her fiction debut with this magisterial epic—an intimate yet sweeping novel with all the luminescence and force of Homegoing; Sing, Unburied, Sing; and The Water Dancer—that chronicles the journey of one American family, from the centuries of the colonial slave trade through the Civil War to our own tumultuous era.

The great scholar W. E. B. Du Bois once wrote about the Problem of race in America, and what he called “Double Consciousness,” a sensitivity that every African American possesses in order to survive. Since childhood, Ailey Pearl Garfield has understood Du Bois’s words all too well. Bearing the names of two formidable Black Americans—the revered choreographer Alvin Ailey and her great grandmother Pearl, the descendant of enslaved Georgians and tenant farmers—Ailey carries Du Bois’s Problem on her shoulders.

Ailey is reared in the north in the City but spends summers in the small Georgia town of Chicasetta, where her mother’s family has lived since their ancestors arrived from Africa in bondage. From an early age, Ailey fights a battle for belonging that’s made all the more difficult by a hovering trauma, as well as the whispers of women—her mother, Belle, her sister, Lydia, and a maternal line reaching back two centuries—that urge Ailey to succeed in their stead.

To come to terms with her own identity, Ailey embarks on a journey through her family’s past, uncovering the shocking tales of generations of ancestors—Indigenous, Black, and white—in the deep South. In doing so Ailey must learn to embrace her full heritage, a legacy of oppression and resistance, bondage and independence, cruelty and resilience that is the story—and the song—of America itself. 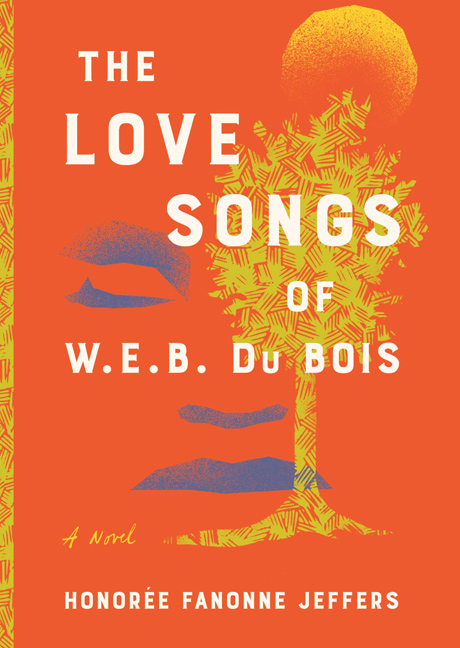 “If this isn’t the Great American Novel, it’s a mighty attempt at achieving one.”

“Incandescent and not to be missed.”

“A staggering and ambitious saga…. Themes of family, class, higher education, feminism, and colorism yield many rich layers. Readers will be floored.”

“Perhaps the most exciting poet-becomes-novelist shift of the year.” —Book Page

“From our earliest roots, African and Indigenous, to our present-day realities weighed down by inequity and injustice, Jeffers writes about all of us with such tenderness and deep knowing. Hers is the gorgeous prose one expects from a gifted, accomplished poet, masterful and stunning, as she explores both the bountiful resilience of Black folks and the insidious depravity wrought by white supremacy. These Love Songs make for a frank, feminist, and unforgettable read.” —Deesha Philyaw, author of The Secret Lives of Church Ladies

“In this dazzling debut, generations of high yellow and brown ‘skin-ded’ women in one Georgia family explore the complexities of kin, the legacies of trauma, with all the sharp corners and blind alleys of real life. Wise, funny, deeply moving, I can’t tell you how much I love this book. A few times a generation a book comes along that gathers you up with its force, its insights, its sound and fury, its lyrical beauty. The Love Songs of W.E.B. Du Bois is one of those books. Not merely a good novel, but a great and important one.” —Stephanie Powell Watts, author of No One Is Coming to Save Us